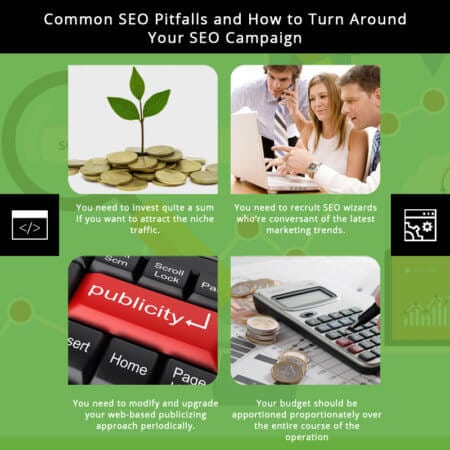 The success of your SEO promotion campaign will to a considerable extent depend upon how market-oriented your strategy is if columnist Trond Lyngbø is to be believed. Your search engine optimization technique is undoubtedly an indispensable part of your organization’s promotional mix but whether you can make the most of the same is dependent upon its effective implementation. Devising and implementing the stratagem is somewhat akin to jugglery. You’ve to be a thorough juggler/ pro at what you’re doing if you want to keep the balls bouncing in the air. Even the most meticulously strategized SEO drives can come a cropper if its execution is not according to plan and it usually fails owing to the following reasons.