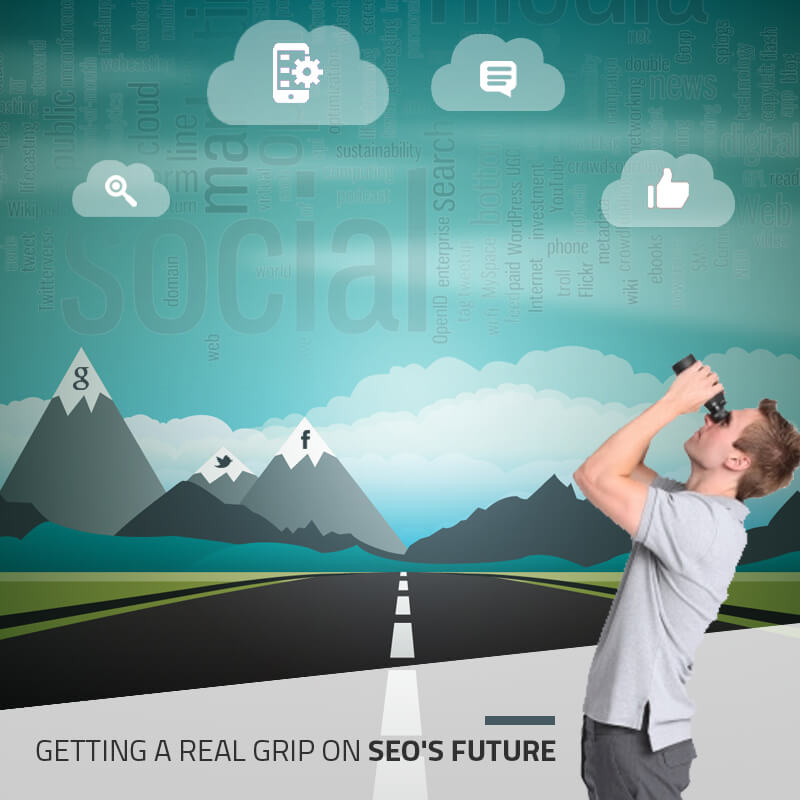 The world of SEO has just about everyone on their toes. From industry professionals, to customers, surfers, and tech geeks.

It’s as if no one can put a finger on what is going to happen next but the indicators are that there are some major changes ahead that everyone needs to stay on top of.
First of all, the mobile market is still expanding. With that expansion comes new technologies and strategies that the search engines have to adapt to. The mobile devices are going to try to give the user the best experience possible with as many bells and whistles. The mobile market is so competitive across all venues, that keeping tabs on what has changed and what will change can significantly affect your SEO campaign and the SEO industry as well.

Google is still the 800lb gorilla of the search engine pack, but its hold is being challenged by other venues such as social media. People are turning to social media to find what they’re looking for and advertisers are raking in the cash this way. Facebook and the other social networks see the light at the end of the tunnel and are pouring resources into their sites to better maximize these opportunities and profits. Seeing this, Google has made marriages with social networks like Twitter, and you’re going to see more of these team ups. Whatever leads to greater control and revenue, Google is going to go for it.

The advance of digital assistance is going to grow too. This is going to change in ways that is going to revolutionize the use of computing and the web especially. With the success of Siri, using a digital assistant to ask and do things on the web and more. Licensing hasn’t jumped in on this yet with custom voice characters but it will. So far people have options to change or add a character from a popular movie or tv show or especially cartoons and comic books, but full fledged digital assistants based on these characters has yet to emerge. They will and with franchises like Star Wars, Star Trek, and Marvel, those characters are going to end up with AI (artificial intelligence) applications that will blow your mind and draw in millions of users.

Add to all this, such new algorithm programs like RankBrain from Google and no one has any idea what’s going to happen next, however, there are some sleek things you can do now based on the data already available that can keep your boat sailing.

Fundamentals in website design and function are the first. No matter what happens with a search engine, if your web site is poorly designed and content sub par, you’re not going anywhere. The obvious trends are that Google’s software is trying to mimic the way real humans search for things. Humans are erratic and don’t always use the best language choices in search queries. Search engines have to fill in the blanks to try to figure out what they want and give them choices. Sometimes these choices hit the mark and sometimes they’re just absurd. The surfer then goes away upset. With the rise of the social media networks however, the search engine software can compile lots of data on how people search and what is trending, when it’s trending, and what direction the surfer is going in. When surfers interact while engaging in conversations, all kinds of keywords are put out. The primary keywords will be what they’re talking about such as in a noun. Repetition of that noun along with shares and likes indicates that the surfers are interested in that person, place, or thing. Compounded nouns the designate dimensions and location add to the search query. Metrics on an unfathomable scale come into play here as humans misspell things, wander around in the dark waiting for others to respond with better data and so on. Slang arises and replaces old words and phrases. That alone can throw a bot so off base it would take weeks to catch up.

So we’re looking at a future here where the software engineers are going to have to raise the bar considerably and that means Google and its partners are going to invest in it heavily. Your job is to make sure your site is designed for all contingencies. It’s mobile friendly, social media interactive, Local SEO, and more.

Google isn’t the big game changer as it used to be but you never know what their engineers are going to come up with nor what is going on somewhere out there with a couple of people in their garage working on new things.