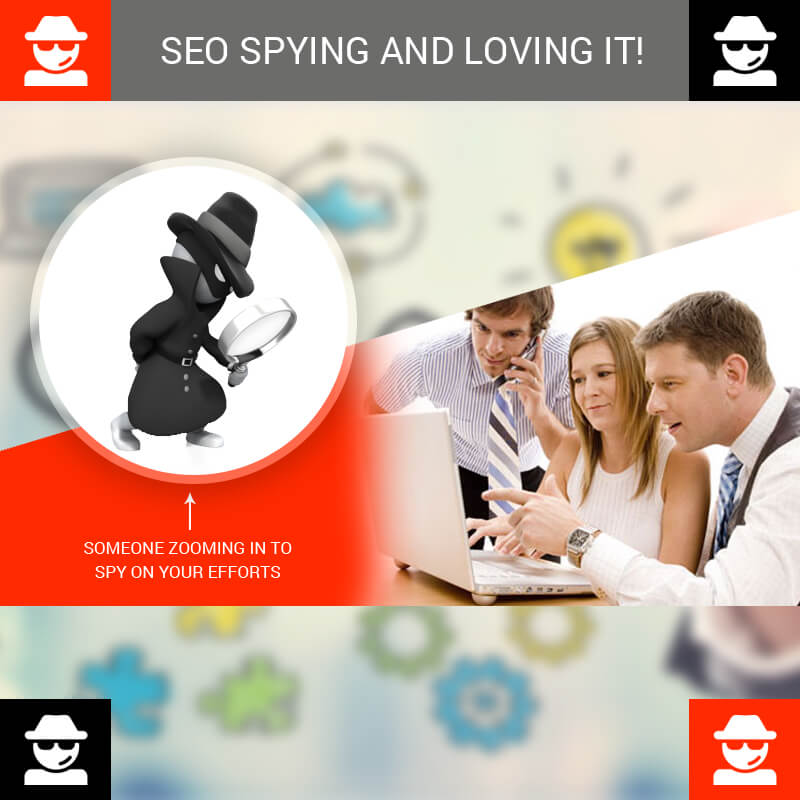 In the 1960s there was a popular sitcom that has become legend, called, “Get Smart!”. It was about the bumbling adventures of a secret agent that everyone knew. One of the gags on the show was the lead character saying, “and loving it!” when addressed by a villain or his boss.

Spying is an age old tradition in business and it goes on in spades regarding SEO. You can’t put up a website that gets good traffic and revenue without people zooming in to spy on your efforts. Either they’re looking at what you’re doing right and they’re doing wrong and 9 times out of 10 what you’re doing right is basically following fundamental SEO common sense or applied some innovative approach that has gotten everyone’s attention.

What’s good for the goose is good for the gander, another old saying goes, and taking a look at what your successful competitors are doing can really make a major difference in your SEO performance, however, you have to do it with ethical integrity or you end up becoming nothing more than a thief, and scummy. You’re doing competitor surveillance and keep it at that.

Look for what your competitor is doing that you’ve neglected to do. Is your site full of errors and theirs is pro-level across the board? If so, they’re making you look like a chump and the search engines can see the difference whether you believe it or not. Do an objective review of your site and make sure you’ve covered the fundamentals so that you can build your SEO campaigns on solid ground.

Are your competitors using a different tactic regarding keyword analysis? It may be a simple situation of them hitting pay dirt from just creating solid, original content and have analyzed the statistical traffic data and then exploited that info. It may look like their top keywords are what the site is about, but it might be they’re scoring high on something you’re unaware of and it might be keywords that you’re using whether you’re aware of it or not. A good example might be they have a pet grooming service website like yours. However, their site has several articles about pet grooming where people from your area have visited and posted via social media and thus created keywords that pull traffic away from your site. You’ve got to find out which keywords are being used to your disadvantage and optimize your site to exploit them. It could be as simple as they’ve got 10 article responses to ‘dog grooming using art supplies’. Something no one else would have content about. However, on your site you have an advertisement about art supplies along with your pet grooming content. It was pulling in traffic but not answering the call of surfers. The competitor’s site elaborated on these keywords and got the lion’s share of traffic even though you had such keywords first.

You see, sometimes it’s the little details that can mean the most, however you have to have both eyes opened at all times.

So from big to little, the spying you do is more geared at correcting your own outpoints so that you can get back into the SEO game and win. It’s tough to admit that one has been negligent or has not taken responsibility, however, it’s tougher not to do anything about it.

SEO is becoming more difficult every day with algorithm updates and new guidelines by the big search engines. If your competition has the upper hand you need to find out why and remedy it from the start.